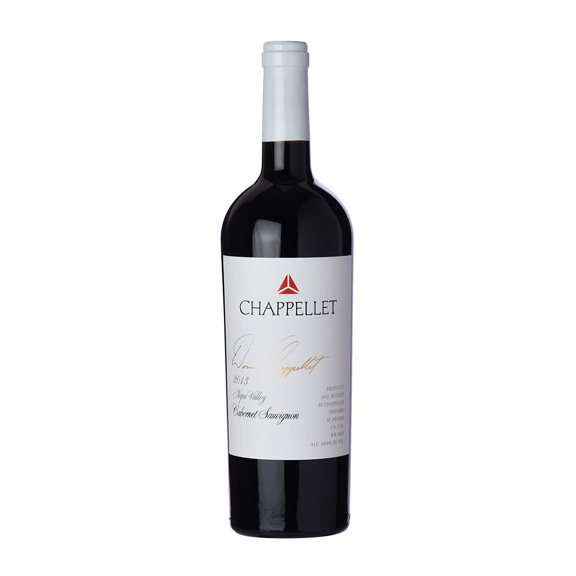 SKU:
$68.63
68.63 766.75 $68.63 - $766.75
Unavailable
per item
BUY MORE, SAVE MORE!
• 5% OFF 6 bottles
• 10 % OFF 12 bottles
(orders for 6 or more bottles must be placed by Tuesday at 5pm for delivery the following week. Orders placed after Tuesday have two week lead-time.)​Tasting Notes:  The phenomenal 2013 growing season has yielded one of our finest Signature Cabernets in memory. Both charming and complex, this is a wine that strikes a deft balance between elegance and power. The nose reveals layers of black cherry, cassis, dark chocolate, roasted coffee and oak- inspired notes of cedar and spice. On the palate, fine-grained tannins underscore a classic Cabernet structure, as well as alluring blackberry and wild berry flavors that resonate through to a long, lingering finish.

About the Wine: The Signature Cabernet Sauvignon has been their flagship wine for more than three decades. It is a benchmark for the long-lived hillside wines of the Napa Valley; full of structure and aging potential, yet seductively forward in its concentrated varietal character. The dry, rocky soils of Pritchard Hill produce small, intensely flavorful grapes. Crop thinning allows for full, even ripening and further elevates flavor complexity.

About Chappellet:  The Chappellet family’s romance with Pritchard Hill started more than four decades ago when Donn and Molly Chappellet first glimpsed its magnificent vista of forests and wildflower-filled meadows. Inspired by the notion that Bacchus loves the hills, the Chappellets followed the advice of renowned winemaker André Tchelistcheff and settled on Pritchard Hill’s rocky slopes, becoming the first winery to plant vineyards exclusively on high-elevation hillsides. From these Pritchard Hill vineyards, the Chappellets have been crafting extraordinary, age-worthy wines since 1967.

Pritchard Hill’s rugged terroir has become legendary for producing wines with great intensity and depth—qualities that define the world's finest Cabernet Sauvignons. As a result, Chappellet wines have consistently received the highest praise from critics, and are sought after by the world's premier collectors.

Today, a second generation of the family has joined their parents in embracing the romance of Pritchard Hill. They are passionate about preserving the land and continuing what Donn and Molly began—making extraordinary wines.